Prince George County is located 25 miles southeast of Richmond, the state capital. Bordered on the north by the James River and the City of Hopewell and on the west by the Appomattox River and the City of Petersburg, the county played an important role in the Civil War. Appomattox Manor served as the headquarters for General Ulysses S. Grant. Major battles were fought at the site of today's Petersburg National Park.

The County is just two hours from the nation's capital and thirty minutes from Richmond's fine museums, sports, and restaurants. Within a two hour drive are the famed Blue Ridge Mountains and the beaches of the Atlantic Ocean. Colonial Williamsburg, plantation homes and Civil War battlefields are an hour away.

Ft. Lee, a military installation which serves as the site of the Quartermaster school and provides administrative and logistical support to the Army, is located in Prince George. Children living on post are served by the county school division.

Several colleges and universities are located within a sixty mile radius of the county. Richard Blank is a two-year affiliate of the College of William and Mary and offers associate degrees in business, arts and science. Two community colleges, John Tyler and J. Sargeant Reynolds, offer a range of one and two year programs. The University of Richmond, Virginia Commonwealth University, the College of William and Mary, Virginia Union University, Randolph-Macon College, and Virginia State University offer a wide range of four year programs as well as advanced degrees. 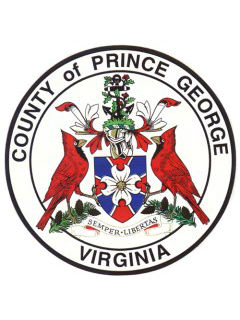